Strona główna | Igrzyska Olimpijskie | Talant Duyshebaev: We will start celebrating once we win the tournament

Talant Duyshebaev: We will start celebrating once we win the tournament

After a very offensive game between Poland and Chile both coaches were satisfied with what their players presented on the court. 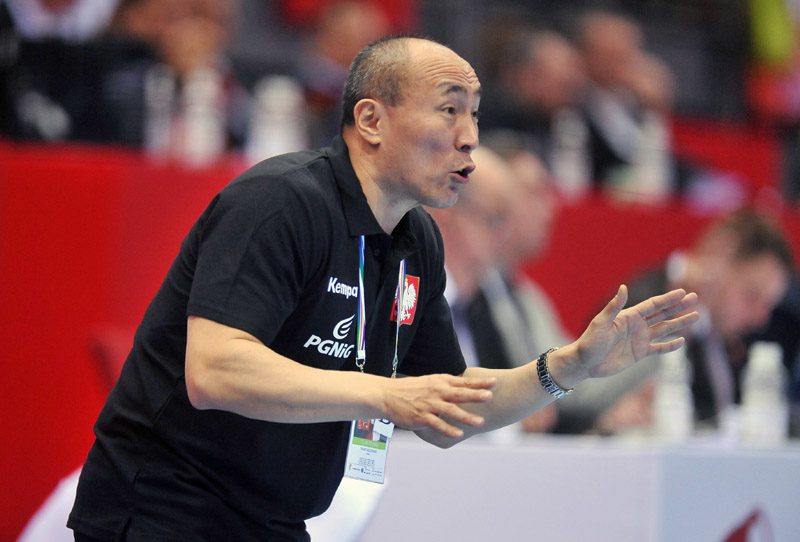 Coach Mateo Garralda congratulated Polish team and Javier Frelijj added that Chileans showed better handball than yesterday and that playing against a top team like Poland is a real lesson that can only pay off in the future. Chileans promised to do their best against Macedonia tomorrow since a victory in Gdansk’s Olympic Qualification Tournament would be a historical moment for Chilean handball.

Talant Duyshebaev said that the team accomplished their mission and claimed that team celebration will start once his players win the whole tournament. The team still has a lot of work to put on and various things will have to be improved before the qualifications for World Championship. Today’s MVP Michał Szyba said that Polish audience is always a great motivator so the team is extremely happy with the qualification. He said that the team will be 100% focused tomorrow and ready to win the whole tournament. There is a lot of things to learn and review with coach Duyshebaev so the upcoming months will be very demanding.