Representatives of both teams were very satisfied with the tournament and congratulated each other for three great games. 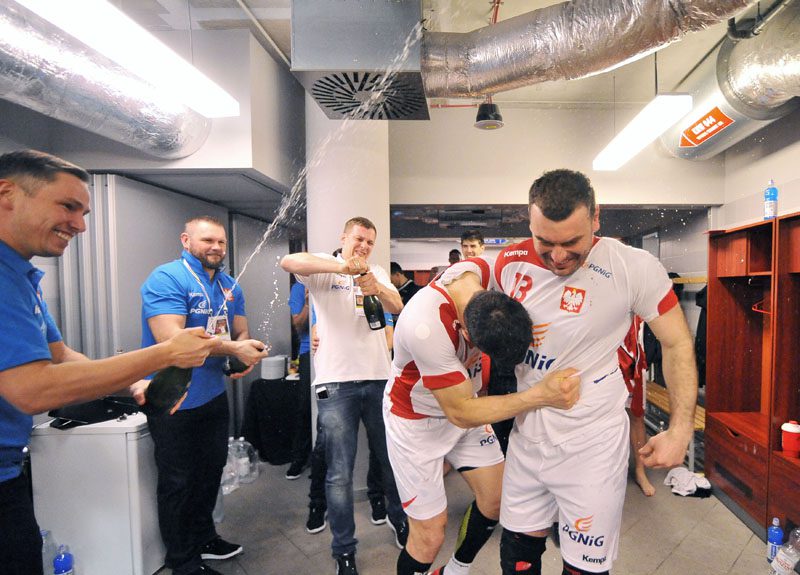 Coach Hafedh Zouab said that against Poland his players made too many mistakes but there was no pressure on anybody since the task was accomplished last night. He congratulated Polish team a great tournament and emphasized that Poland was the best team this weekend so the victory was very much deserved.

Talant Duyshebaev was very pleased with what Tunisians played in ERGO ARENA. He agreed that the level of the game would have been higher if the fist and second places weren’t taken yesterday. He thanked his players, fans and Polish Handball Federation for this opportunity as going to Rio was his huge dream. He said that he owes Michael Biegler a lot because he is responsible for creating such a great team for Qatar World Cup.

Tunisian goalkeeper Marouen Maggaiz said that the team took a lot of time to prepared for this tournament and he is very glad that it payed off in Gdansk.

Bartosz Jurecki was very happy with how the tournament went. He thanked the great Polish fans and emphasized that it’s the best thing for each player to participate in the Olympic Games and he had this opportunity in the past. There is a lot of work to put before Rio but the team is ready to improve in order to achieve more.